Last summer I sold my Yaesu VX-7R handheld transceiver due to lack of use. At the time, I decided I’d rather have the money than the radio, so off to eBay it went. I haven’t really missed having a handheld much, but when I caught wind of the Baofeng UV-5R selling for under $75 I was interested. 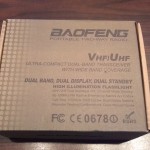 Reviews from users were generally good, with almost all of the negatives reviews from people that have never touched one, or who want to whine that it “can’t do DStar” or some other malarkey. I don’t care about DStar. I don’t even care much about having an HT since 99.9% of the time my Yaesu HT was sitting in the charger waiting to be used. I figured for $65 it would be worth having a handheld, plus the curiosity in me wanted to see for myself what a $65 dual band HT could possibly be like.

I bit the bullet and ordered the UV-5R from Wouxun.us, and also spent the $18.95 to get the USB programming cable. Shipping was $7.00.  I placed my order on March 27, 2012, my order shipped on the 28th from North Carolina, and was received on the 31st, four days after placing the order. Shipping was via USPS Priority Mail. 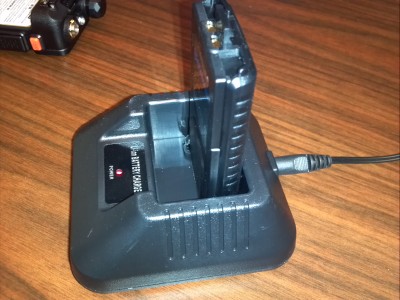 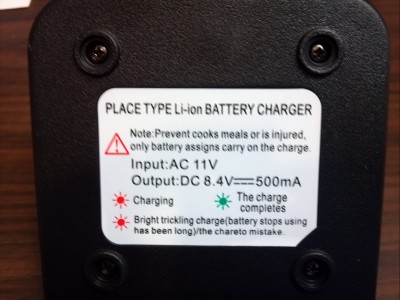 Label on charger doesn’t make much sense after the translation from Chinese to English. 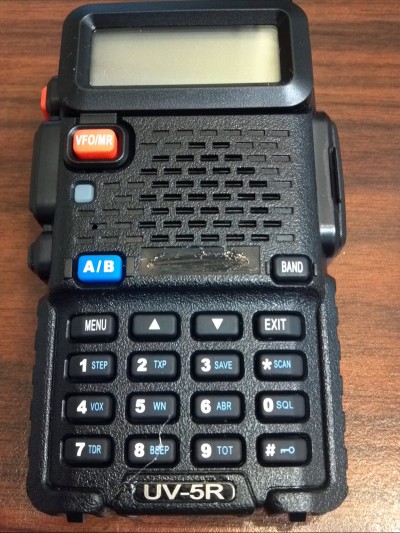 Front of radio showing a bit of glue residue and missing name badge, 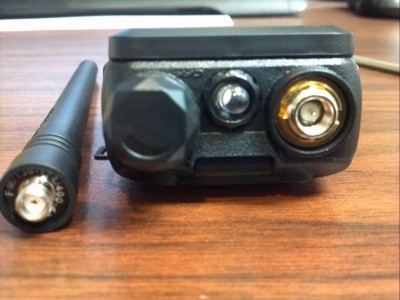 Antenna connections. Male SMA on radio, female on antenna. Many hams are making a big deal about this, but it seems pretty standard outside of amateur radio, so I don’t see an issue with it.

I wasn’t able to run it through the paces quite as much as I had hoped as I discovered that my service monitor is badly in need of calibration. But here is what I was able to get:

The only spurious emission I was able to detect on my spectrum analyzer were more than 55dB below the carrier.

I’m not going to go into much more depth on operating the radio. There’s plenty that’s already been said on forums like QRZ.com about this radio. My understanding is that it’s very difficult to program without the software. So was the Yaesu VX-7R.

Overall I’d say that’s it not a bad investment for $65. If you lose it, drop it off the tower, or otherwise damage it, you aren’t out much. I consider it to be a “disposable” radio.

I’m looking forward to seeing some of the Chinese made dual band mobile radios that are in the pipeline.